This coming May will be the 50th anniversary of the day I cut classes in high school, took the bus into downtown San Francisco, and snuck into the St. Francis Hotel to hear Kansas Senator Bob Dole, the then-Republican National Committee Chairman, give a speech in support of President Nixon's reelection effort. When he concluded, I hung around for him to leave so that I could shake his hand and get his autograph. 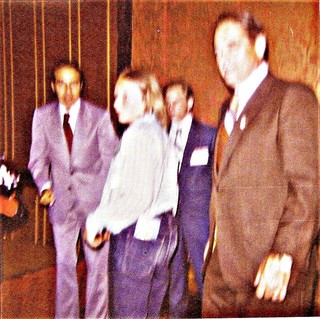 A very blurry snapshot of Senator Bob Dole at left; me (age 14), and

Little did I imagine on that long-ago day that a quarter-century later, as the 1996 Republican presidential nominee, he would fly to California and campaign for me when I was my district's GOP congressional nominee.

Bob failed in his bid to unseat Bill Clinton by almost nine points. That same year he lost my county (Los Angeles County) by a whopping 20 points. Meanwhile, I won election to Congress that same day by squeaking out 50.1 percent of the vote in my Democrat-heavy district. After I moved to Washington, I saw Bob occasionally, and he did several events for me when I ran in each of my later reelection efforts. Whenever I needed any help from him, politically or advice-wise, he always was there.

I asked him in later years why he came to California repeatedly so late in the 1996 race to do rallies like the one he did for me when he knew he couldn't win California. He replied that if he couldn't win there, at least he could try and help the down-ticket candidates. Most nominees running behind would have blown off the loser states—and us. When it came to California in 1996, Bob Dole took one for the team. Because he did, I went to Congress. I'm forever grateful to him.

From that time until his death today at age 98, Bob had been a friend. He was a patriot who loved his country and who sacrificed immeasurably in her service. Even his political enemies came to love him, and the affection was reciprocated.

Rest in peace, thou good and faithful servant. 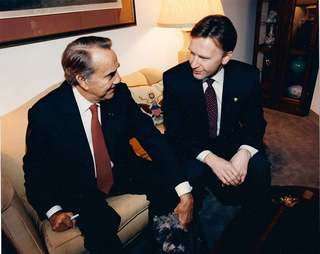