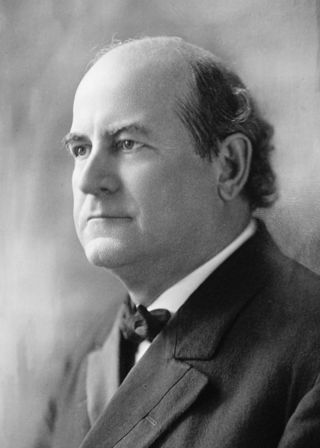 In reading William Jennings Bryan's published account of his campaign as the 1896 Democratic presidential nominee , I am struck by how far afield we have come from what passed at popular sentiment in those days gone by.

In one of his first campaign rally speeches after winning the nomination, Bryan said, "We differ in opinion and we differ in party politics, but we meet today recognizing these differences and yet each charitable toward the other. We were all imbued with the same spirit; we all possess the same ambition; we are all endeavoring to carry out the same great purpose. We all want a government of the people, by the people and for the people. However we may differ as to the means of securing that kind of government, we can differ as honest citizens – apart in judgment but together in purpose. I thank the Republicans who have assembled here; I thank the Populists; and I thank the Prohibitionists as well as the Democrats, because while we dispute about the questions which rise to the surface from time to time and agitate the people, we all agree in those great fundamental principles which underlie our form of government. We believe that all men are created equal – not that they are equal in talents or in virtue or in merit, but that wherever the government comes into contact with the citizen, all must stand equal before the law. We agree in the belief that the government should be no respecter of persons – that its strength must be used for the protection of the fortunes of the great and the possessions of the poor, and that it must stand as an impartial arbiter between citizens. We agree in the belief that there are certain inalienable rights – rights which government did not give, rights which government should not take away. We agree in the belief that governments are instituted among men to secure and to preserve these rights, and that they derive their just powers from the consent of the [governed]. We know no divine right of kings; the people are the sovereign source of all power." -- William J. Bryan, "The First Battle: A Story of the Campaign of 1896" (Chicago: W.B. Conkey Company, 1896), 234.