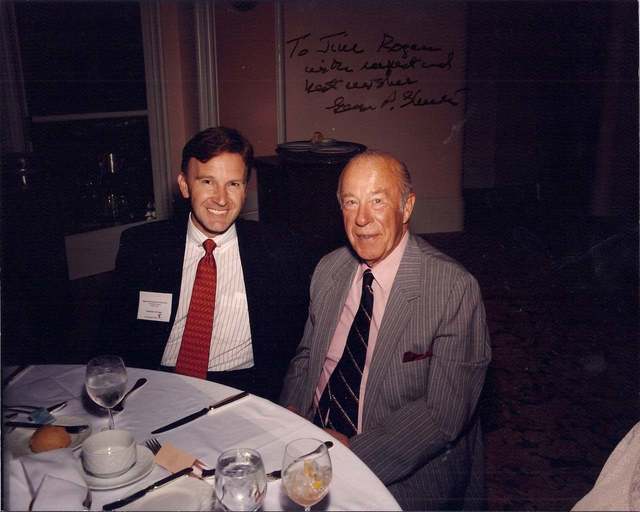 George Shultz served his country in World War II as a Marine Corps artillery captain. He went on to serve America in three cabinet positions: Secretary of Labor and Secretary of the Treasury under Richard Nixon, and later as Ronald Reagan's Secretary of State. The Associated Press reported that, "as Secretary of State in the 1980s he shaped U.S. foreign policy in the closing phase of the Cold War when a dangerous nuclear-armed stalemate gave way to peaceful — if not quite cordial — relations between the superpowers." He died yesterday at age 100. It was a privilege knowing this titan of politics, government, business, and economics, and I remain grateful that he joined Speaker Newt Gingrich in campaigning for me in my district during my 1996 congressional campaign.