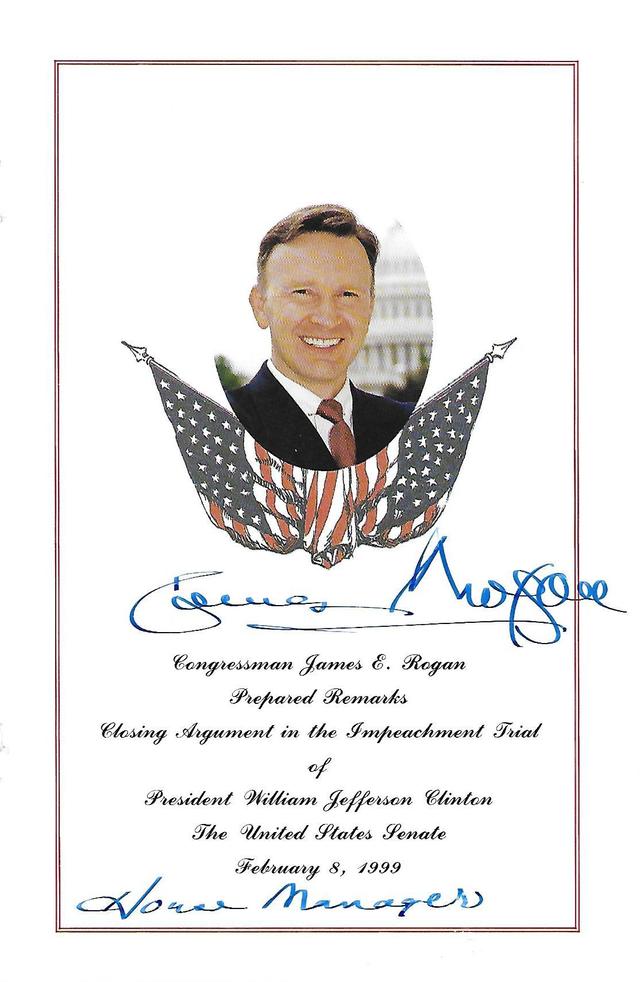 Twenty years ago this evening, February 8, 1999, I delivered my closing argument before the United States Senate on live worldwide television in the impeachment trial of President Clinton.

For reasons explained on pages 390-398 of my book, "Catching Our Flag: Behind the Scenes of a Presidential Impeachment," the closing argument I prepared - - and the closing argument I gave at the very last minute -- ended up differently. In later weeks and months my congressional staff began teasing me about "The Lost Closing Argument" that I intended to give (later I lamented my brash act of jettisoning it) to deliver a mostly extemporized version.

To salve my continuing regrets, in 1999 my campaign committee surprised me by printing up a large supply of 8-page glossy brochures of the "lost" closing argument.

This weekend I found a stack of them in my garage. They are vintage and original items from my last congressional race and distributed to fans and supporters between 1999 and 2000.

I will be happy to send a free original of one of these brochures (signed or unsigned) to anyone who might like it--so long as you send me a self-addressed return envelope with sufficient postage (two stamps without cardboard). They are about 5x7 in size, so you will need to send an envelope large enough to accommodate the brochure. Mail to my webmaster at P.O. Box 33, Yorba Linda CA 92885, and it will reach me.