In Memory of Filthy McNasty

In the heyday of Hollywood's Sunset Strip, Filthy McNasty's was one of the premiere hangouts. Filthy and his brother Wolfgang hired me as a bartender at both their Sunset Strip and North Hollywood nightclubs almost forty years ago, and I worked there (and at another iconic landmark, the Palomino Club) during my UCLA Law School days. There were so many wild stories of my adventures at Filthy's and the Pal that they comprised my favorite chapters in my first book, "Rough Edges." After rocking Hollywood for a quarter-century, Filthy sold the Sunset Strip club in the early 1990s, and it reopened as the now also-famous Viper Room.

Filthy McNasty, died of cancer this month at age 73. RIP boss--those of us who were part of the history of Filthy's (on the Strip) and FM Station (in North Hollywood) will never forget those times. 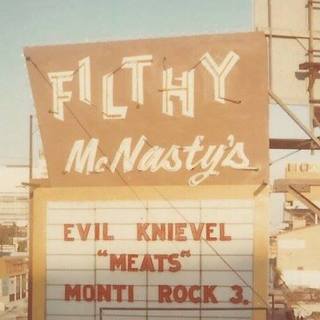