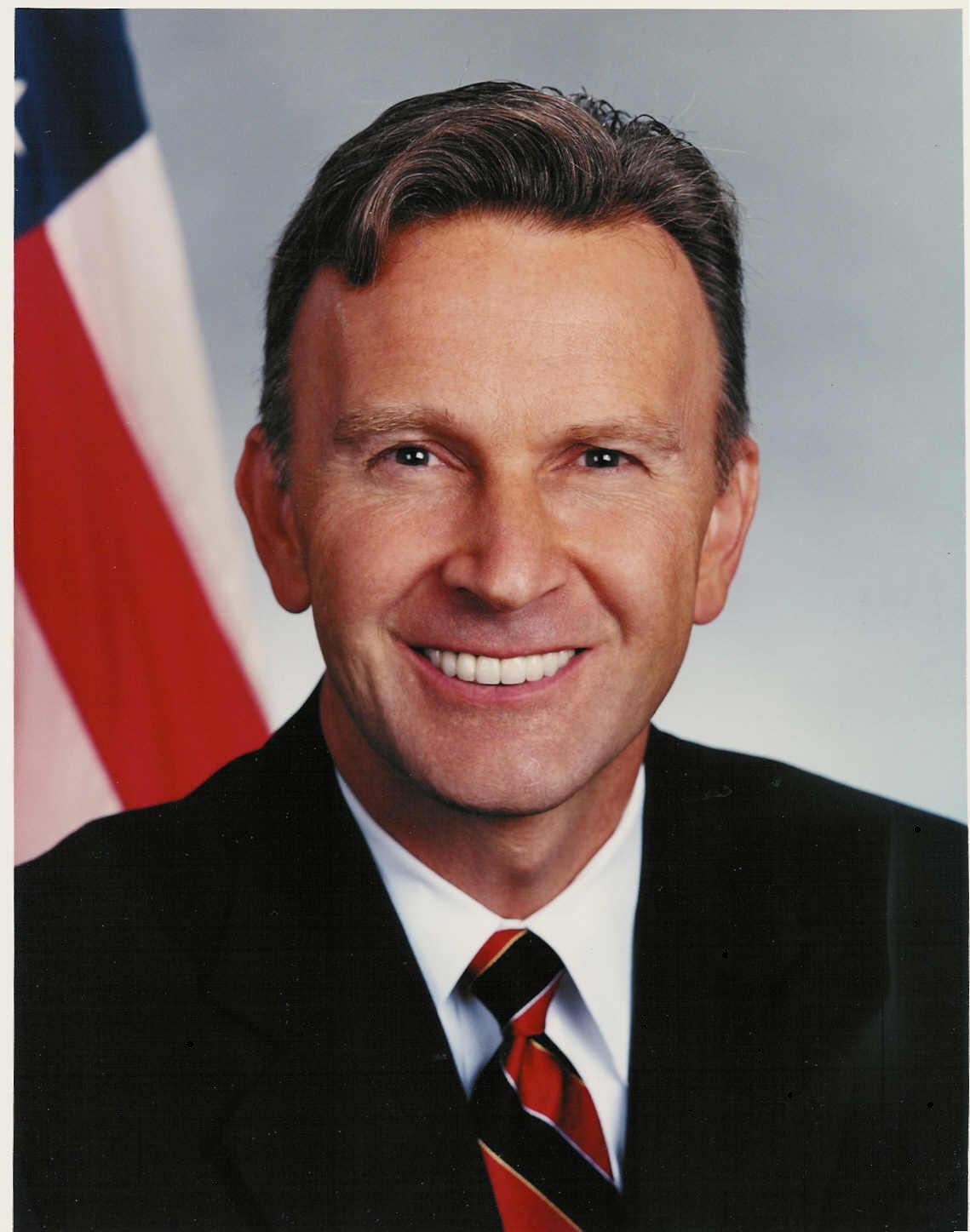 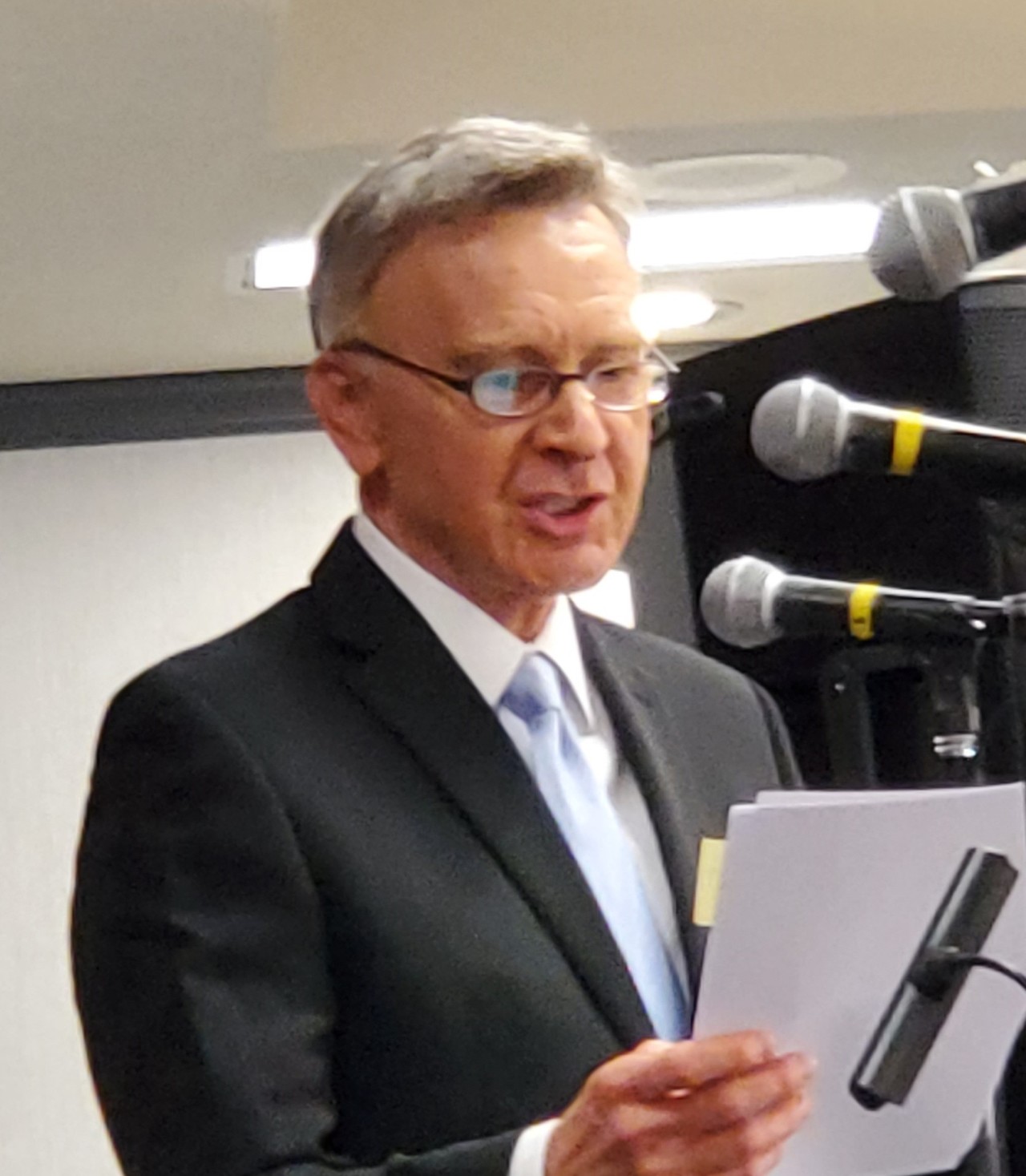 ...and two decades later, with the gray hair (and reading glasses) that accompany age and experience!

A native of the San Francisco Mission District's hardscrabble streets, Rogan—the illegitimate son of a cocktail waitress convicted felon single mother who raised her four children on welfare—ended up expelled from high school in the tenth grade. He never returned to earn a diploma, and instead worked at a variety of low-paying jobs, including stacking truck tires, fast food cook, janitor, and door-to-door vacuum cleaner salesman. In later years he attended community college before earning a bachelor's degree from the University of California at Berkeley and a law degree from UCLA (where he was a member of the UCLA Law Review). He paid his way through law school working as a bartender in various infamous (and seedy) Hollywood locales, including the Sunset Strip, a Hell's Angels hangout, a female mud and hot oil wrestling bar, strip joints, and a porn theater.

After law school graduation, Rogan did a brief stint as a civil litigator before joining the Los Angeles County District Attorney's office, where he went on to specialize in the prosecution of gang murderers. In a 1990 statewide poll of prosecutors, defense attorneys, and judges, California Lawyer magazine named him as one of the state's most effective prosecutors.

In 1990, California Governor George Deukmejian appointed the 33 year-old Rogan to the Municipal Court of California, making him the state's youngest sitting judge. During his service on the bench (1990-1994), he presided over thousands of criminal and civil cases. In 1993, his colleagues elected him presiding judge of their court.

In 1994, Rogan ran for and won a special election to the California State Assembly. His colleagues elected him Majority Leader in his freshman term; California Journal magazine named him the Assembly's most effective legislator, and ranked him "number one in integrity" and "number one in effectiveness." He served on the Appropriations, Budget, Public Safety, Natural Resources, and Education committees.

In 1996, Rogan won the first of two terms to the United States House of Representatives. During his service in Washington, Rogan became one of only two House members serving on both the prestigious House Commerce Committee and the House Judiciary Committee. Rogan was selected as Assistant Majority Whip, a position from which he helped mobilize House votes on key legislation. He served as a member of both the Speaker's and the Majority Leader's "Kitchen Cabinet" advisory groups, where he met regularly with the House leadership to discuss political and legislative strategies. He presided over congressional debate many times as Speaker Pro Tem, including the passage of the first balanced budget adopted by Congress in thirty years.

Because of his background as a prosecutor, and the respect he enjoyed among his Republican and Democratic colleagues, the House selected Rogan to be one of the thirteen Managers (prosecutors) in the historic impeachment trial of President Clinton. As the only Manager representing a heavily Democratic district, Rogan undertook the assignment knowing it would cost him his seat. In 2000, when he next stood for reelection, he lost in what became the most expensive House race in history.

Shortly after Rogan left Congress, President George W. Bush nominated him to be the U.S. Under Secretary of Commerce and Director of the U.S. Patent and Trademark Office. Although controlled by a Democratic majority, the U.S. Senate confirmed Rogan unanimously. In this role, he ran one of the oldest agencies in the federal government and served as chief advisor to the president on all intellectual property. He also authored the groundbreaking reorganization of the 214-year-old agency to modernize it, and succeeded in making it independent of any taxpayer funding.

Rogan left the Bush Administration in 2004 and returned home to California and private law practice. Later that year Harper Collins/Regan Books published Rogan's early memoir "Rough Edges: My Unlikely Road from Welfare to Washington." After its publication, Reader's Digest selected this book as one of its top four nonfiction books and reprinted it in their prestigious "condensed books" series.

In July 2006, California Governor Arnold Schwarzenegger appointed Rogan as a judge of the Superior Court of California (where he still serves). Shortly thereafter, President Bush nominated him to the federal bench. His nomination received broad bipartisan support, but the Senate declined to take up any additional Bush judicial nominations near the end of the president's term.

In 2011, Rogan released his second book, "Catching Our Flag: Behind the Scenes of a Presidential Impeachment."

In 2014, his third book, "And Then I Met: Stories of Growing Up, Meeting Famous People, and Annoying the Hell Out of Them." That same year, his publisher issued a tenth anniversary edition of his first book, "Rough Edges," which had been out of print for a decade.

On June 6, 2018—the fiftieth anniversary of the assassination of Senator Robert F. Kennedy—his fourth book came out, "On to Chicago: Rediscovering Robert F. Kennedy and the Lost Campaign of 1968," a work of historical fiction that showed what likely would have happened had RFK survived the shooting and completed his political journey.

His fifth book, "Shaking Hands with History: My Encounters with the Famous, the Infamous, and the Once Famous but Now Forgotten," released in December 2020.

His sixth book, "The Notes: A Researcher's Guide to On to Chicago and the 1968 Presidential Campaign," released in September 2021. It is the companion guide to Rogan's epic 2018 alternative history of the iconic race that pitted against each other in a single campaign political giants Lyndon Johnson, Richard Nixon, Ronald Reagan, Robert F. Kennedy, Eugene McCarthy, Hubert Humphrey, Nelson Rockefeller, George Wallace, and George Romney. 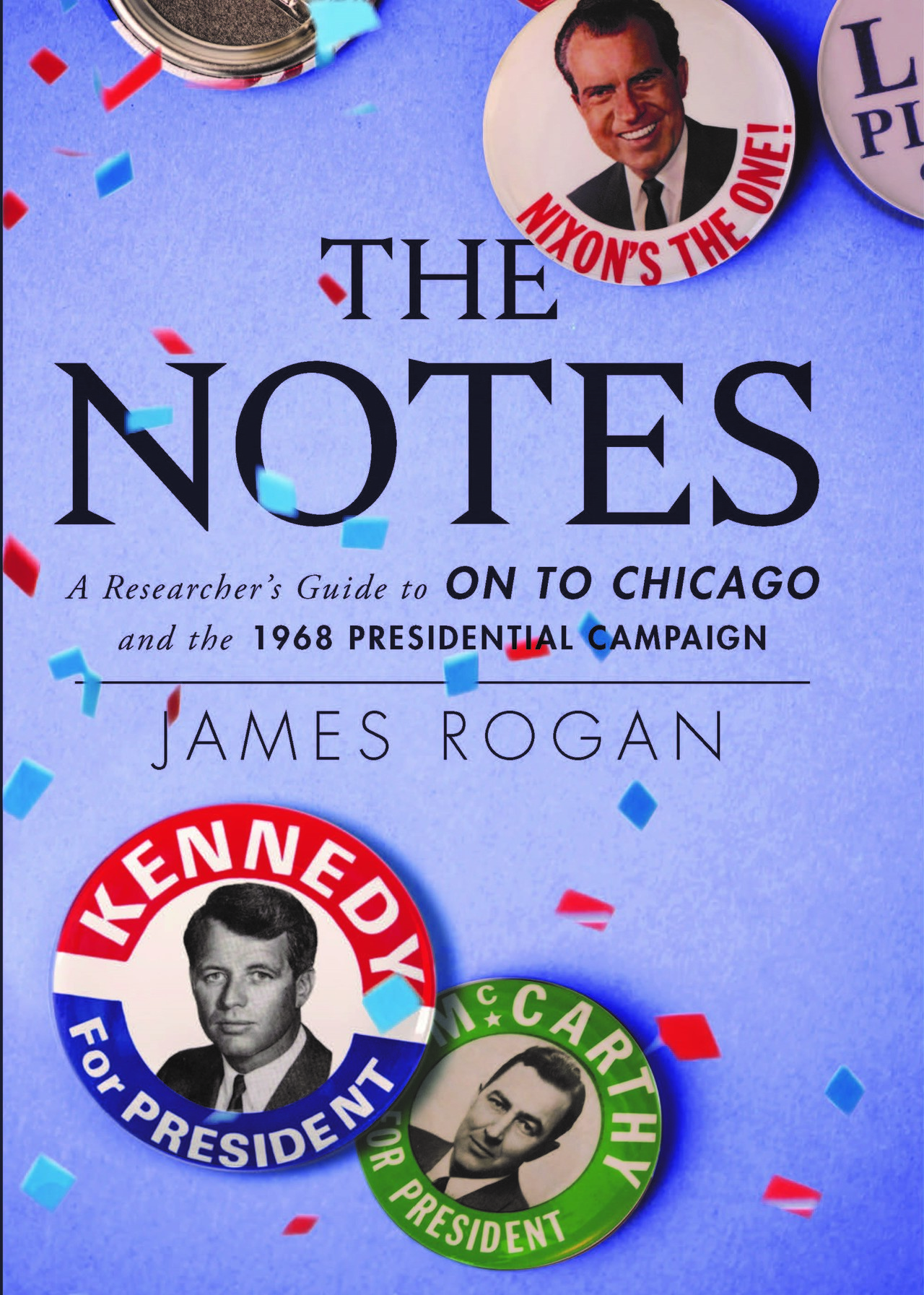 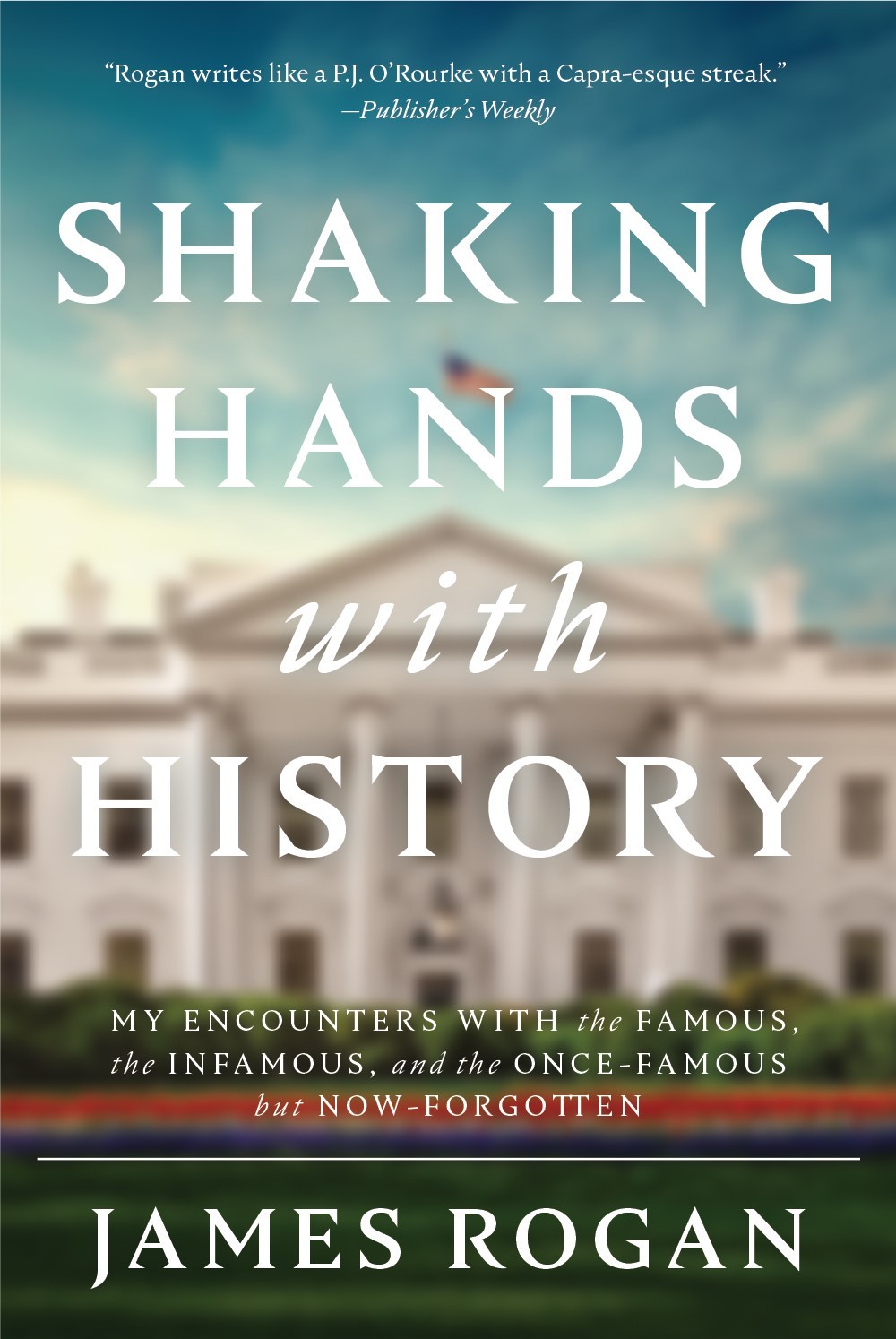 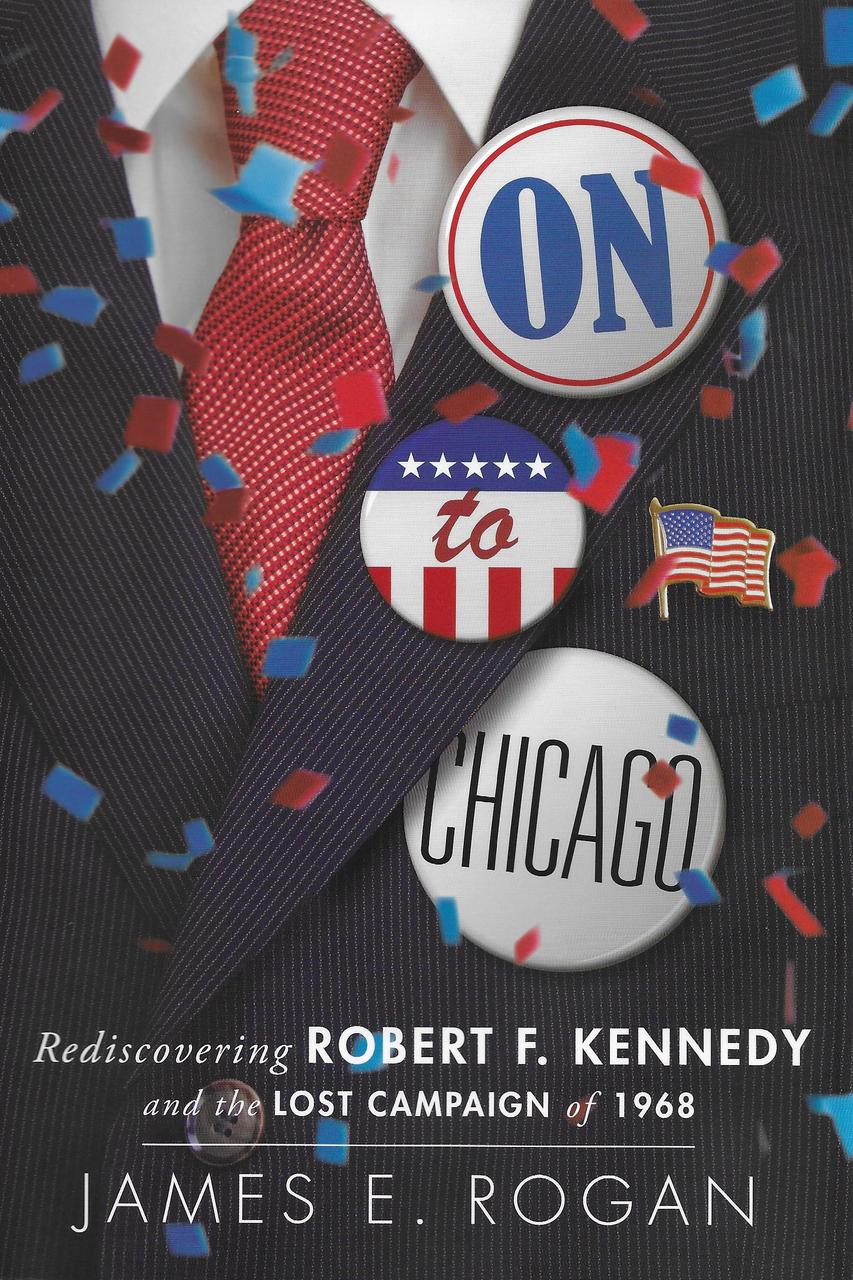 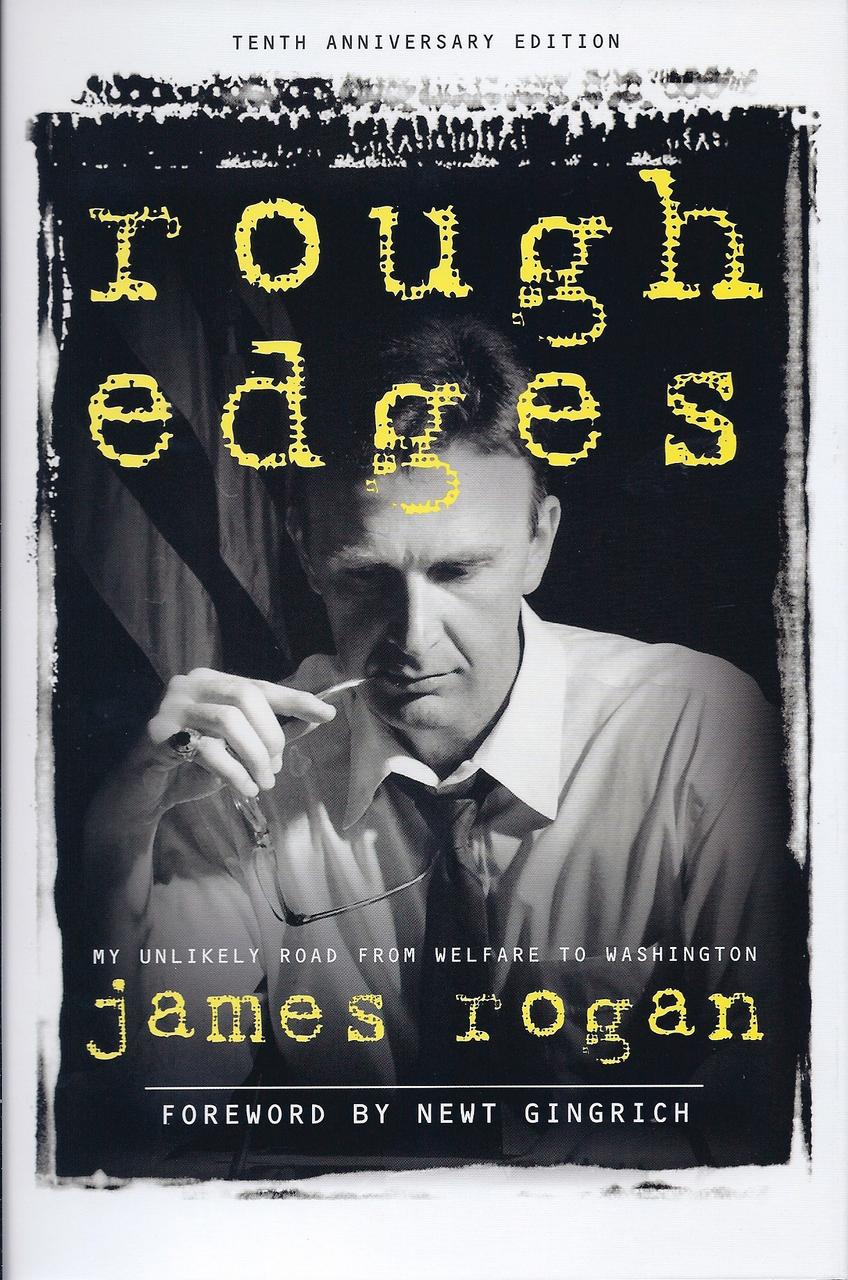 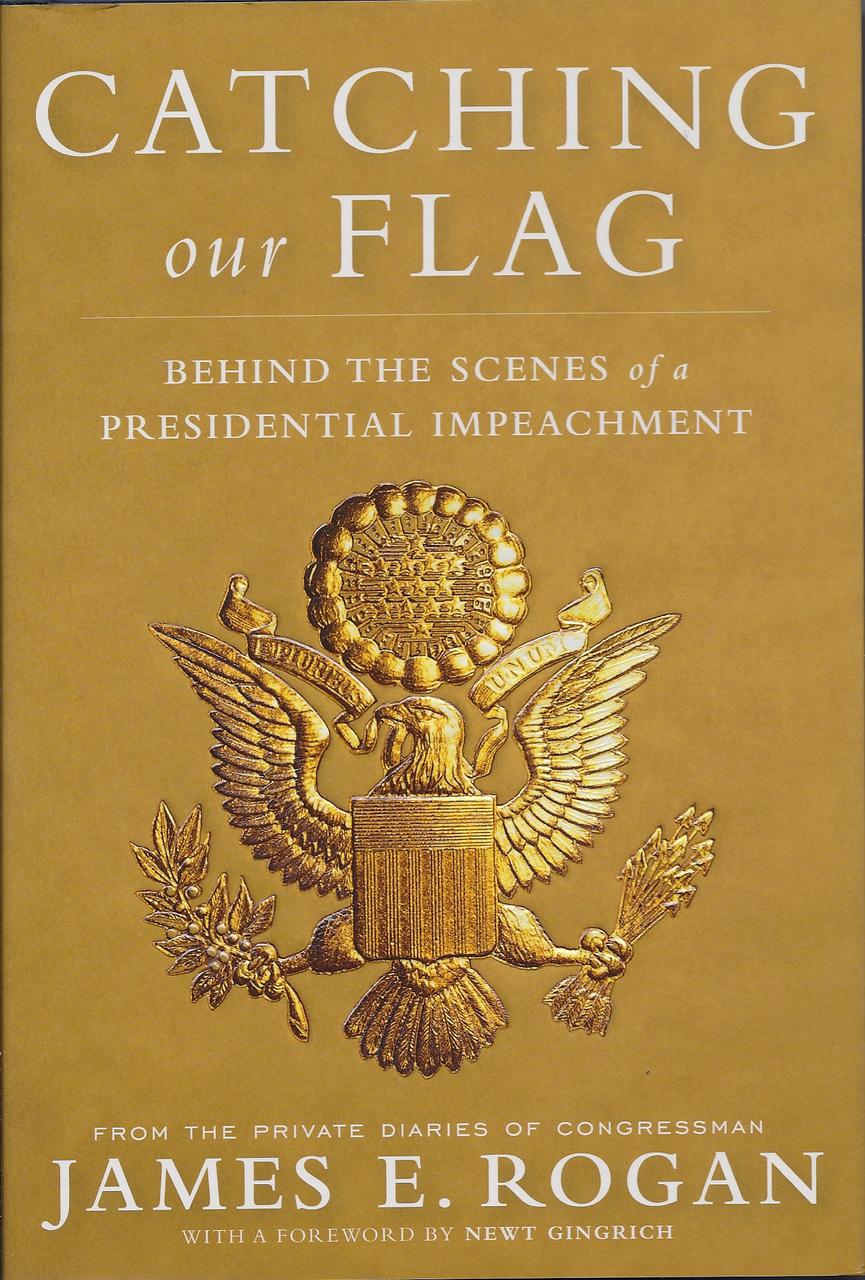 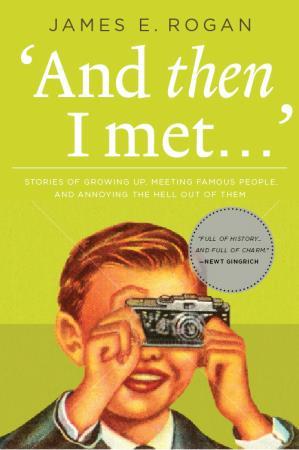